Alta Ski Area and its Ski Patrol go hand in hand. Alta is located in Little Cottonwood Canyon, Utah, known for its steep, big-mountain terrain and eye-popping snowfall totals. This combination makes for extreme avalanche conditions that threaten not only the resort infrastructure but the access road and the entire town of Alta, Utah. Formed in 1941, two years after the ski area opened, the Alta Ski Patrol was instrumental in building the foundation of avalanche research in North America and is inarguably one of the most respected patrol units in the world. Consisting of over 80 men and women, the patrol team works early mornings and late nights in extreme weather and terrain, not only to ensure the safety of Alta guests, employees and residents but to open the terrain that makes Alta so specialthey also get to sample the goods themselves.

Put together by the talented folks at Sweetgrass Productions, Alta’s Steeped in Tradition episode 6 is all about Patrol. 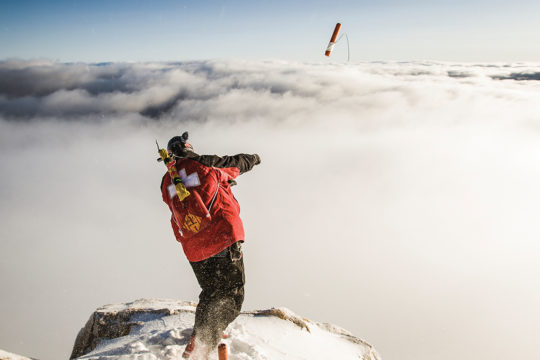 The post Alta Ski Patrol: A day in the life appeared first on FREESKIER.

Source: Free Skier
Comments
Order by:
Per page:
Related Feed Entries
8 Fun and Thoughtful Gifts for Mom
Let mom know youre thinking of hereven if you cant see herthis Mothers Day.Do you miss your mama? Send her a virtual hug via a small surprise gift that can lift her spirits during these difficult times.Wild Goddess Designs Succulent WreathWhy send mom flowers when you can send her a handmade cr…
Sports → Yoga
13 minutes ago · From Yoga Journal
Cycling up by as much as 200 per cent during coronavirus lockdown, government reveals
There has been a huge surge in cycling during the coronavirus lockdown (Photo by Rahman Hassani/SOPA Images/LightRocket via Getty Images)The UK has seen up to 200 per cent increases in cycling during coronavirus lockdown, the government has revealed. Source: Cycling Weekly
Sports → Cycling
23 minutes ago · From Cycling Weekly
Costa Coffee forced to explain why cyclists can’t use drive-through
Costa is begining to partially re-open stores (Photo by Mark Trowbridge/Getty Images)Costa Coffee has been forced to explain why cyclists are forbidden from using drive-through lanes. Source: Cycling Weekly
Sports → Cycling
an hour ago · From Cycling Weekly
Chris Froome joins Mel C, Olly Murs, Ryan Giggs and others in Zwift celebrity challenge
Chris Froome (Giuseppe Cacace/AFP via Getty Images) Chris Froome may be most comfortable leading the Tour de France, but the British cycling star will have to step outside of his comfort zone for a new TV celebrity Zwift race. Source: Cycling Weekly
Sports → Cycling
3 hours ago · From Cycling Weekly
Groupama-FDJ extend contracts with their biggest stars, including Thibaut Pinot
Thibaut Pinot wins stage 14 of the Tour de France 2019 (Anne-Christine Poujoulat/AFP/Getty Images)While the pro racing scene has been frozen for the last few months, Groupama-FDJ are investing in their future by extending contracts with their four biggest stars. Source: Cycling Weekly
Sports → Cycling
3 hours ago · From Cycling Weekly
Rate
0 votes
Info

05-22-2020 (13 days ago)
Sports → Skiing
5 Views
0 Subscribers
Recommend
Tags
Home
›
Article Feeds
›
Alta Ski Patrol: A day in the life
About Us Privacy Terms FAQ Invite a Friend Contact Us Bookmark
© 2020 Stirbugs, Inc.
Are you sure?
Please, enter a value here